Sandroyd was founded in 1888 by the Reverend L H Wellesley Wesley.  Initially based at Sandroyd House in Cobham, it was a small coaching establishment for boys who were due to go to Eton.

From these humble beginnings, the school grew rapidly. When the Reverend Wesley married in 1895, Sandroyd was taken over by Messrs Wilson and Hornby and moved to a new purpose-built home, also in Cobham. Here there was space for the sort of facilities which must have put the school well ahead of its time. Surrounded by forty acres it had, among other things, a heated indoor swimming pool, a nine-hole golf course, and two squash courts.

By 1939 the situation in Europe was looking bleak and so the owner and Headmaster, Mr. H F F Ozanne, drove down from Cobham to the West Country to prospect for new premises away from any potential threat close to London. Friends of the Ozannes suggested various properties which might be of interest and among these was Rushmore House, owned at the time by the Pitt-Rivers’ family but which had been vacant for some years. Mr. Ozanne went to look at the property and on 28th March 1939, a short lease was negotiated with the option to take a long lease if war actually did break out. And so it was that suddenly the empty mansion began to be filled with mattresses, bedding, and provisions in anticipation of ninety boys taking up residence!

When war came, the parents were all sent telegrams instructing them to take their sons to Waterloo Station instead of to Cobham. Rushmore House has been Sandroyd’s home ever since that time.

In 1967 the Governors were in a position to purchase the school outright for the princely sum of £25,000

On his retirement in 1955, Mr. Ozanne handed the school over to an Educational Trust to be operated by a Board of Governors. In 1967 the Governors were in a position to purchase the school outright, as well as a number of cottages in the surrounding Park together with the playing fields and paddocks. The princely sum of £25,000 changed hands!

More recently Sandroyd opened its doors to day boys in 1995 and welcomed girls for the first time in September 2004. That same term heralded the opening of the pre-prep school, The Walled Garden.

Visitors will have noticed that a Temple is very much the symbol of Sandroyd. This temple, similar in style to that dedicated to the goddess Vesta in Rome, was put up close to the main house by General Pitt-Rivers, the owner of Rushmore House, in 1890 to commemorate the birth of his first grandson. The building has fifteen fluted columns of Bath stone, surmounted by Corinthian capitals. The dome is made of copper and the whole structure originally cost £1,792. 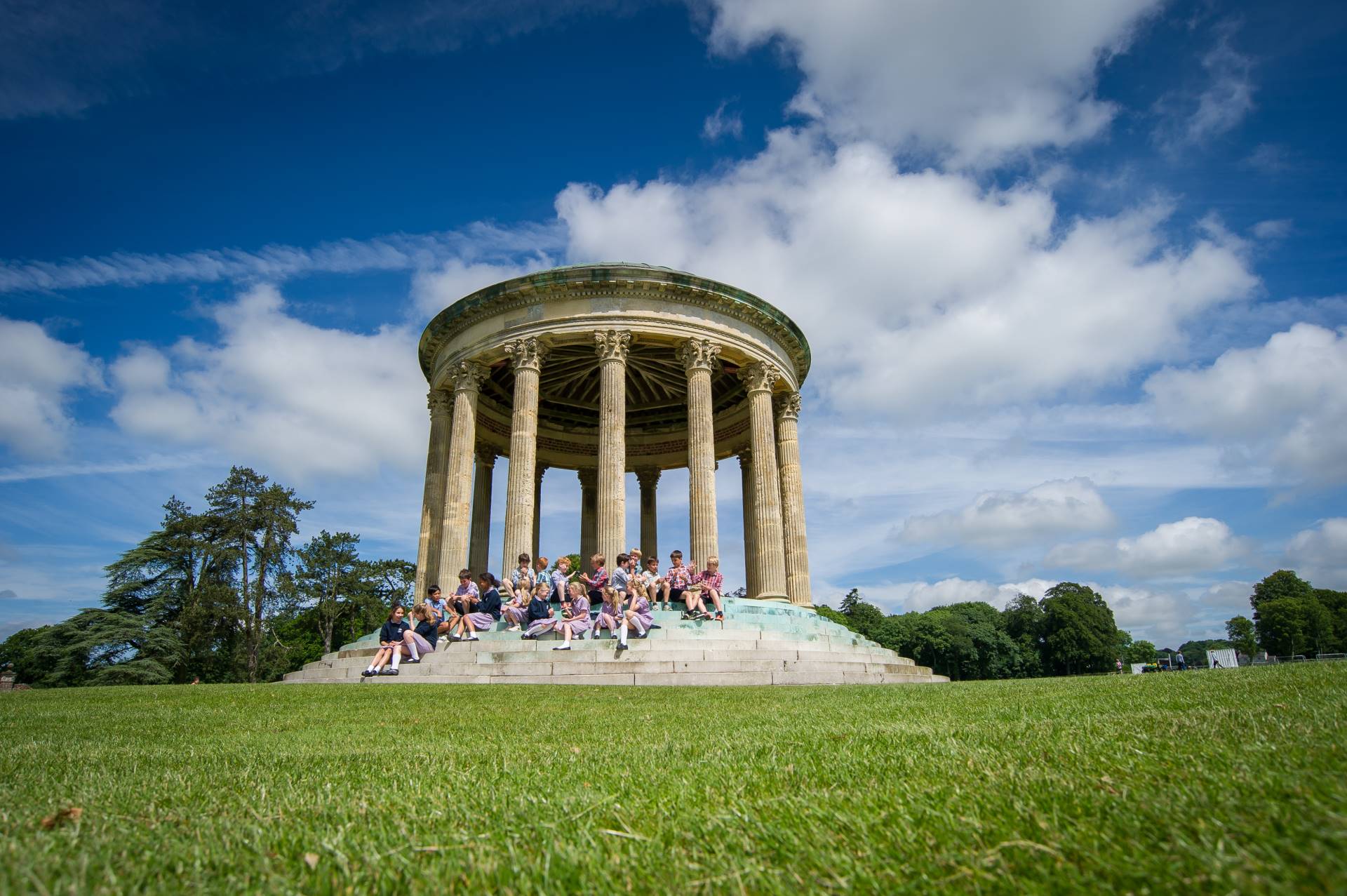